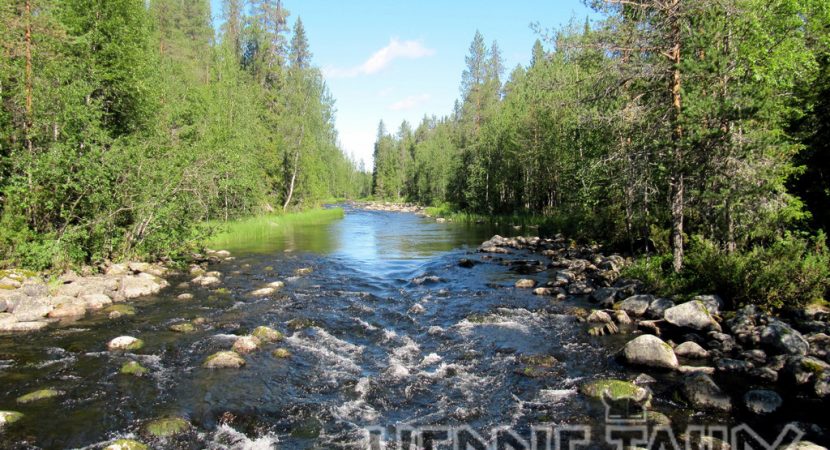 If you don’t know where you’re going, any road will take you there. Sitting still and waiting for better times is nothing for me, I believe that I am learning and developing as long as I’m trying out new things in new places. I try to go outdoors as much as I possibly can but it’s hard to know exactly where to go some days. This article lists 5 gems of the Finnish nature, with focus on views and unique experiences. You can easily find your own gem and you will notice when/if you stumble over it. We all appreciate different things when we go out in nature so don’t assume that you’ll agree to 100% of what I’ve written in here, as these words are based on my personal experience at every spot. You might have a completely different experience due to people around you, the weather, animals, equipment, etc. Anyway, here are 5 of my Finnish gems:

Åland is an island between Sweden and Finland; it’s a strange little island where every inhabitant actually speaks Swedish. The whole island is demilitarised and is the only Finnish region where the Swedish language is used by 100% of the inhabitants. Although Åland is a Finnish island, it has its own government and its own flag! There are quite a bunch of Swedes who migrate to Åland due to politics; home-schooling was banned in Sweden in year 2011. The chairman of the Swedish association for home-schooling, Jonas Himmelstrand, has actually left Sweden to live on Åland. The island’s economy is clearly defined by shipping and trade; shipping represents 40% of the whole economy. Except for the shipping companies, the businesses on Åland are small, with less than 10 employees in most cases. Åland is a very interesting place with a genuinely weird history; it’s a cosy & self-sustainable little island.

This is a relatively young national park, founded in 2005. Yet, it’s Finland’s oldest national park too! The Pyhä-Luosto is actually a joint park, fused together from two previous national parks. It’s located in Lapland, which is in the most northern part of Finland, covering 30% of Finland’s space consisting of roughly 3.5% of Finland’s population. The park has pine trees that are over 200 years old where you can experience wetlands and learn about geological specialties of the area. The park starts at the feet of a 12-peak Tunturi line – 500 meter high mountains that are 2 billion years old. The park is located in the middle of the Finnish north, close enough for you to visit Rovaniemi if you ever pass by the Pyhä-Luosto National Park. The national park can be reached by public transport and by car and there are hikes during summer as well as skiing trails in the winter.

This is truly a little shiny gem. It is the most southern location in Finland where people are living year-round with roughly 50 inhabitants on an area of 0.81 square kilometers. The name Utö origins from Swedish and translates to “outer island”. It can only be reached through a (free) 4-hour boat trip but beware; they don’t sell fuel on this tiny island. However, there’s a big chance that one of the locals is selling delicious smoked fish. There aren’t very much space to walk around on, but this is still a cute place to visit if you ever happen to pass by the very south of Finland. It has a pilot station, a shop, a post office and a lighthouse. Have a sauna session, eat smoked fish, climb up the lighthouse and watch the sunset show at the shipwreck memorial on the south part of Utö. Utö’s counterpart/nemesis would be Nuorgam in the north, a village in the most northern parts of both Finland and the EU.

The Koli National Park is a relatively small park with its 30 square kilometers. The main objective of the national park is however not to protect endangered animals or such, but rather to preserve the heritage of the historic agriculture in the region. Hay is cut and soil is maintained annually in order to preserve the cultural heritage and provide top notch food for Finnish cattle. Before Koli was an agriculture region but it was actually used as a sacrificial site (back in the days). If you decide to check out this national park in the winter, bring some snow-friendly equipment so that you can enjoy the ski resorts of the area, there are two of them! The best thing about Koli is the nice and soothing feeling you get when looking out over water and tree tops from the top of a hill. The park offer 80 kilometers of hiking trails, 5 camping spots and 20 camp-fire spots with a low mountain peak at 347 meters above sea level.

The Oulanka National Park is located in the north-eastern part of Finland and covers 270 square kilometers, so it’s a very large gem of Finland! The park is a protected area where you’ll find rapids, rivers, pine tree forests, mires, multiple hiking cabins (free to use), and you’ll be able to see all sorts of Finnish wild animals along the way. Bear, lynx, wolverine, moose, elk, reindeer & hundreds of different birds can be seen throughout the Oulanka National Park! If you feel insecure about heading off to the park without any clear idea of where to go, try out one of the hiking trails. There are hiking trails during summer and winter, but one of the best things about Oulanka is its relatively northern location. Winter nights can easily give you free shows of Northern Light while the summer nights will let you taste the feel of the midnight sun. During June & July, the sun is constantly present although it might be just around the corner. The sun dips on the horizon to jump back up again.

Finland is a big country with vast nature, some populated and some are still untouched by man. There are many sorts of Finnish gems and it’s all in the eye of the beholder. I appreciate grand views of nature more than history, which is why I’ve listed many of the national parks as Finnish gems. Besides, if you go in the winter, you will have much greater chances of seeing northern lights paint the sky at night.