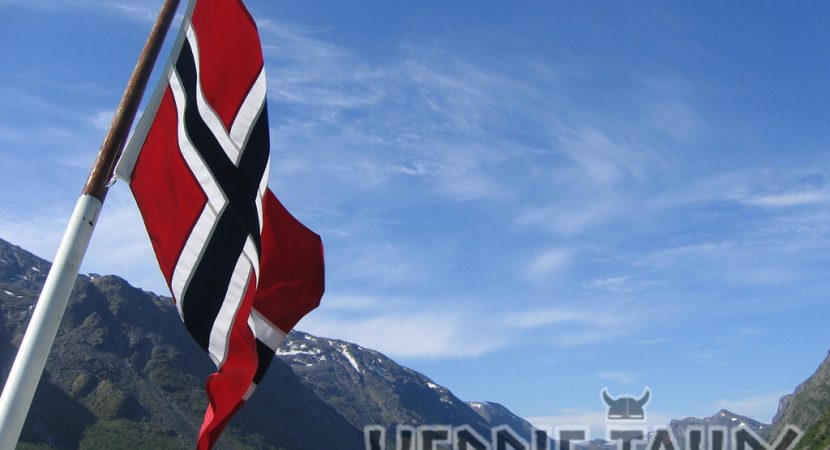 Scandinavians are cray-cray. Happy in most situations and weirdly silent too, but they are a pleasant people to hang out around. Going on a cruise will definitely prove my point, you should definitely consider a short weekend cruise if you have lots of time to spend in Scandinavia. If you for some reason end up on Sweden’s eastern coastline – play with the thought of going on a Baltic cruise, it’s an unforgettable experience alongside Swedes and Finns who seem easy-going at first. You’ll learn that as soon as the alcohol goes in, the more comes out of these silent Norsemen from the north. They might seem like cold people and that’s because it’s freezing up there. Luckily, as we all know, alcohol makes us warmer and it seem to work exceptionally good on the Scandinavians. A cruise is a perfect place to realize these facts.

Norwegian cruises are generally cold journeys with focus on nature. The fjords and majestic mountains are equally or more massive than the Grand Canyon. The ice-cold temperature along Norway’s western coastline means that you won’t spend a lot of time on the deck, compared to what you might have done on a more southern cruise when the sun invites you out. Except from watching the gigantic fjords, you’ll be able to see northern lights from the deck during the cold winter nights. The Norwegian cruises can also take you out to some of the islands that are situated to the west from Norway. Norwegian cruises aren’t as drunk-friendly as the ones between Sweden and Finland.

The Swedish cruises are operated between Sweden and Finland/Estonia/Lithuania/Latvia in general, but you could also go on a cruise from Sweden to Denmark if you happen to be in the south-western parts of Sweden, such as Skåne (Scania) which is just across the Öresund, with Denmark on the other side. The different cruises towards the Baltic area can be super fun! I’ve had great experiences from these and so have basically all of my friends who ever took the opportunity to get on-board. You leave Sweden’s east coast to cross the Baltic Sea for a night or two, allowing you to get a taste of life on the other side of the sea.

The Finnish cruises can take you to loads of cool places such as Poland, Germany, Russia, Sweden, Denmark, Baltics and Norway. I love cruising through places, but how much time did you actually plan on cruising? The cruises are running year-round and you will be able to choose from 1 up to 10+ days to spend on the cruise. If you consider yourself to be inexperienced, don’t go for the longest cruises as there’s a greater chance for you to get seasick although the risk of that happening is very small. The Finns are even more quiet than the Swedes, so in case of an awkward moments – alcohol.

The cruises that goes to Greenland & Iceland are many but very diverse. Be proactive and try to plan your trip in advance, you will need to know from where you want to take a cruise in order to get to your chosen destination. The prices can differ a LOT, so try to check out the different countries for specific offers. Norway has a ton of oil and natural resources which is why the Norwegian options usually are the most expensive ones. Try to see if you might be able to find some tickets from Denmark rather than going from Norway. The Greenland/Iceland cruises are super focused on nature compared to the Swedish/Finnish/Danish cruises. Northern lights, the midnight sun, various whales and an amazing view of the horizon are the things that characterize the cruises to Greenland & Iceland.

There are multiple cruises towards the North Cape, the most northern part of Scandinavia. You can travel to this northern spot from countries such as Russia, Norway, Denmark and more. The Barents Sea is basically free from air and sound pollution, allowing you to see some of the most impressive views on the planet. If you climb up to the cliff at North Cape, you will probably be able to see a magical sight during sunset and sunrise in summer as well as the Northern Lights during the ice-cold winter nights. This is one of the few places on the planet where you actually can experience the greatness of the planet earth.

The Danish cruises runs to every other Scandinavian country and you can also go on a Sailing cruise to learn more about the old ship and the surrounding areas. There are multiple cruises to Norway, traditional and specified ones. You can actually try the “wake of the Vikings” which merely takes a few hours on a mahogany boat. The Danish cruises are in general quite short ones, comparing with the rest of Scandinavia. I guess there are pros and cons about it, but at least the Scandinavian cruises are very diverse and they all offer something unique to take you off your feet. You can even find Christmas cruises from Denmark, which are optimal if you happen to be alone on the Christmas holidays. When arriving in Copenhagen, you can try outdoor ice-skating for free if you have your own skates while renting a pair only cost around 50 DKK (~€7).